Whether you are in school, or online with your classes this fall, you can still be a witness for the victims of abortion. Abortion has silenced so many voices in our nation, causing pain and suffering to be glossed over as if it is no big deal.  On Wednesday, October 28th, 2020, students from all across the nation will flood social media and give up their voices in solidarity with the over 3,000 lives taken by abortion every day, whose voices will never be heard.   To participate in the National Pro-life Day of Silent Solidarity, you and your group can join us in taking over social media, wearing a red armband/piece of

As All Wait to See Whether the Supreme Court Supports Louisiana’s Health and Safety Standards for Abortion Vendors, Consider this: If you like Limits on Abortion, You don’t like Roe

MEDIA ADVISORY: Following the ruling in June Medical Services v. Russo, Pro-Life, Political, and Legal Experts including Sen. John Kennedy of Louisiana and Sen. Joni Ernst of Iowa will join together for a Facebook Live Event to react to the decision. Watch it at Students for Life of America’s venue here.

WASHINGTON D.C. (06-25-2020) – As the country watches to see whether the Supreme Court will allow health and safety standards passed by the state of Louisiana, which would require abortionists to get hospital admitting privileges so that in an emergency a woman’s life can be quickly saved, Students for Life of America President Kristan Hawkins noted at RealClearPolitics, “If you like some limits on abortion, you don’t like Roe.”

Hawkins observed: “Looking at certain polls, Roe v. Wade with its companion case Doe v. Bolton seems to have broad public support. For example, an NPR, PBS Newshour, Marist poll concluded that 3 out of 4 Americans want Roe to remain in place, something that is being debated this month as the Supreme Court has another opportunity to allow states like Louisiana to keep health and safety standards in place, protecting women who go to an abortion vendor. But the problem with that kind of math is that people also support all kinds of abortion regulation. What many don’t understand is that support for limiting abortion equals support for getting rid of Roe, returning the issue of the abortion to the states where voters would have a voice and a vote on abortion policy.”

She noted that issues in the case that could be decided today had two major implications, writing: “In the Louisiana June v. Russo case currently before the Supreme Court, pro-life advocates have argued that there are “conflicts of interest” for abortion vendors to fight health and safety standards, claiming to speak for the women who could be harmed without them. In March, attorneys for the state noted that abortionists have little contact with women and only then briefly and when they are in a drugged state. But in court, the abortion vendors “challenge a Louisiana health statute designed to protect those very patients from unscrupulous and incompetent abortion providers.”

The Louisiana case also tests whether states can require the abortion industry to act like the medical care providers they claim to be by making an emergency plan with admitting privileges at local hospitals, to speed up life-saving care for a woman in danger.

A Kaiser poll shows people like this, too, as ‘nearly 7 in 10 support laws that require abortions only be performed by doctors who have been granted the right to admit patients at hospitals, including 56 percent of Democrats and 82 percent of Republicans.’”

NOTE: Students for Life of America has been active in front of the Supreme Court, year after year, whenever the abortion issue comes before the court and engaged in intensive activities in repeated #Justice4Life campaigns, as Supreme Court vacancies occurred.

Students for Life of America is the nation’s largest, pro-life, youth organization. Headquartered in Fredericksburg, VA, SFLA serves more than 1,225 groups on college, universities and high school campuses in all 50 states. 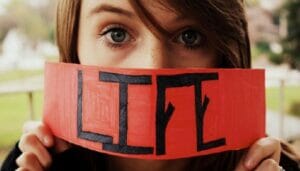 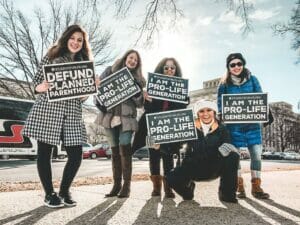 Why We Can’t ‘Cancel’ the Pro-Life Label
Read more + 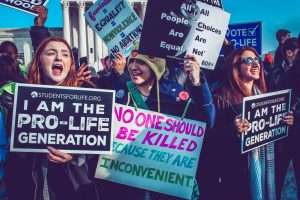 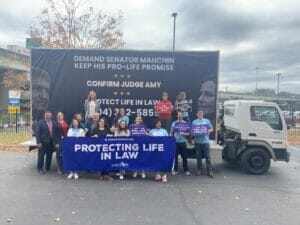