There’s a lot of confusion surrounding the Supreme Court’s recent decision not to force businesses to provide contraception for employees (as part of the Affordable Care Act) if it goes against their religious/moral convictions. The case is Little Sisters of the Poor v. Pennsylvania. And most of this confusion has been intentionally fabricated by pro-choice media.

In a 7-2 decision, the court ruled that the Trump Administration was within its rights to allow this moral exemption to protect the conscience rights of business owners. This includes charities, religious orders, churches, religious hospitals, and any other business with a set code of ethics.

If you subscribed exclusively to pro-choice media and were following this case, you would think that birth control was being stolen from American women following this ruling. The New York Times itself posted, “The Roberts Court Curtails Birth Control Access. Again,” and “Justices rule that employers can stand between female workers and their health care.” The NYT story is a shameful perversion of the ruling. “I’m not going to buy it for you because it conflicts with my beliefs,” is not the same as, “I’m going to actively prevent you from purchasing/using it yourself because I hate you.”

“Today, for the first time, the Court casts totally aside countervailing rights and interests in its zeal to secure religious rights to the nth degree,” she wrote. “Destructive of the Women’s Health Amendment, this Court leaves women workers to fend for themselves, to seek contraceptive coverage from sources other than their employer’s insurer, and, absent another available source of funding, to pay for contraceptive services out of their own pockets.”

The expectation that someone else has to pay for a woman’s birth control for her is a compounding case of degrading sexism. Not only have women been sold the lie that they can’t be equal to men without pumping chemicals into their reproductive systems… but they can’t even manage to buy it for themselves, either? And this is fully leaving out the litany of harms birth control poses to the physical body.

And the ACLU, of course, can always be counted on to do the opposite of what their name suggests. 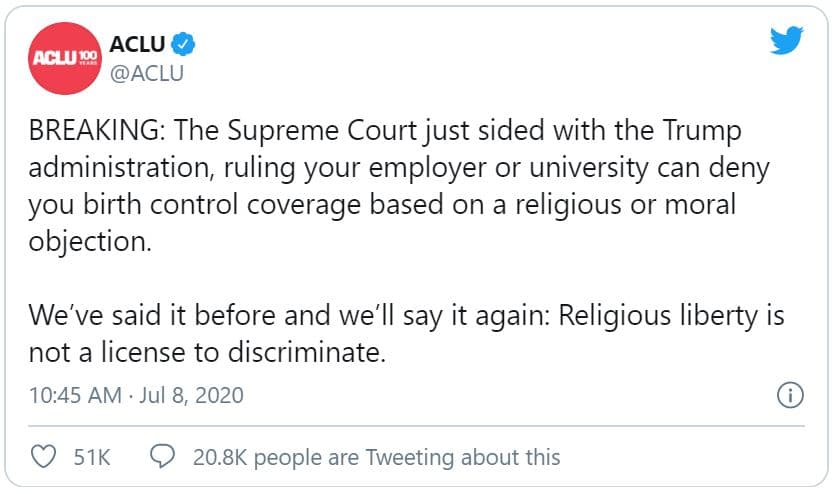 This victory for religious freedom in America does not reduce the supply of birth control in any way. It doesn’t impose some sort of new restriction or roll back the number of boxes on the shelves at pharmacies. It doesn’t forbid a female employee from going to Walgreens and buying birth control. It says that business owners who morally disagree with contraception should not be forced to buy it for other people. It’s not that radical a concept.

Further, women who have chosen to work for a company that is values-based in some way shouldn’t be surprised when those values remain consistent all the way through the company health insurance plan. If they wanted their birth control bought for them, they shouldn’t have applied for a company with moral convictions that bear in mind birth control’s harm to women and abortifacient potential.

Students for Life of America President Kristan Hawkins noted that this decision reflects “the common sense understanding that the nuns of the Little Sisters of the Poor should not be forced to act against their deeply held beliefs. Birth control is widely available for purchase in the United States, but forcing people of faith to pay for it has always been a misuse of governmental power.”

At the end of the day… if you’re trying to force nuns to buy IUDs, you’re probably doing something wrong. 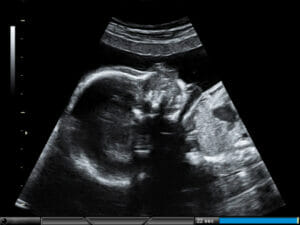 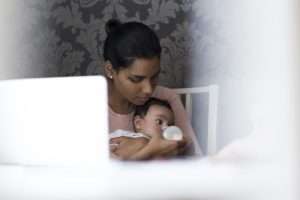